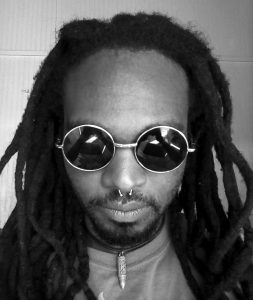 Rivenis is a self taught freelance artist living and working from Barbados. From a young age he was inspired by the visual and surrealistic nature of dreams and seeks to project them into the conscious world as a means to interpret existence as he sees it. Rivenis is a prolific illustrator and gifted writer, merging these two abilities in his current work the critically acclaimed cult favourite webcomic series Diskordia, A series he has been publishing independently since 2011. His work has appeared in numerous publications including prestigious digital art books such as Gothic Art, Exotique and Expose. He has also exhibited in several shows including The Damned art show in Detroit, and ‘We Pledge Allegiance’ at Manor Lodge. Rivenis is interested in collaborating with creators of similar vision in the fields of comics, video games, film etc